from the last post, I added a third ultrasonic sensor to the project.
The purpose of this sensor is to detect obstacles like tables or chairs, that are too low to be detected by the other two sensors. If an obstacle is detected, then the pitch of the two piezo transducers goes down. At the moment I implemented it as an all-or-none detection, so the user doesn’t actually know how high the obstacle is, just that it is there.

I want to change it later so that the new central sensor has its own beeping using the two piezos, so I won’t post the code here, as it is just a temporary fix. The reason why I went with a temporary fix is that I actually couldn’t wait to build and test the glasses, see if they actually worked, and see how well they worked.

Today I built the glasses.

So, here I present you the Bat Navigator version 0.1! 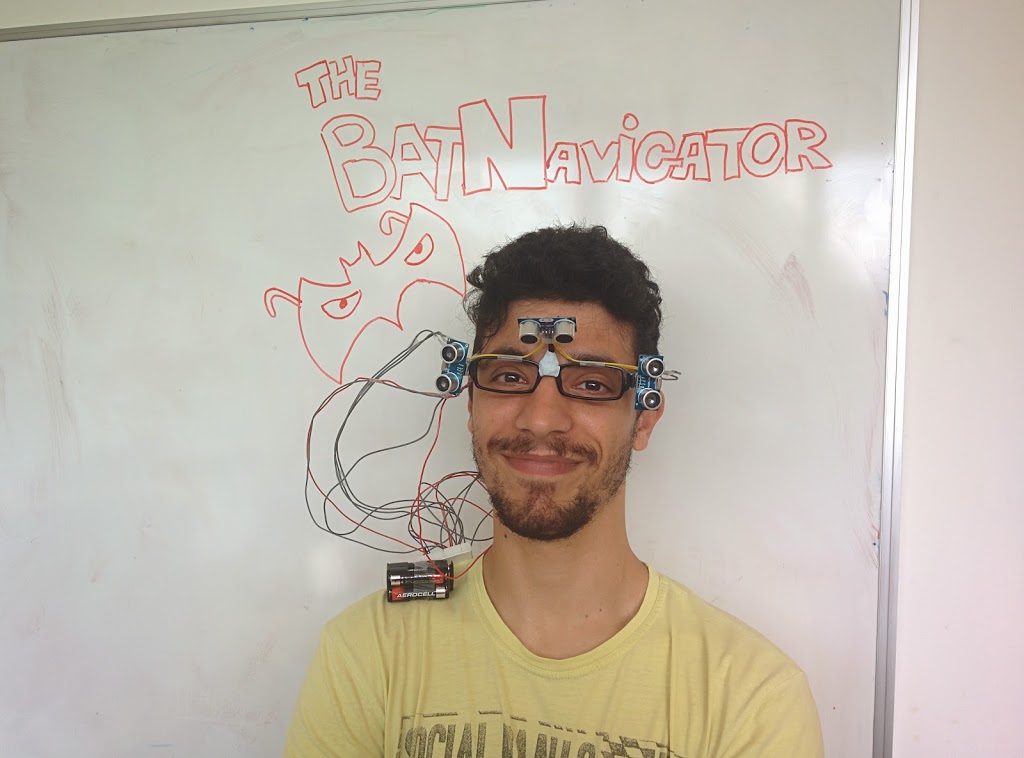 Some close-ups of the glasses! 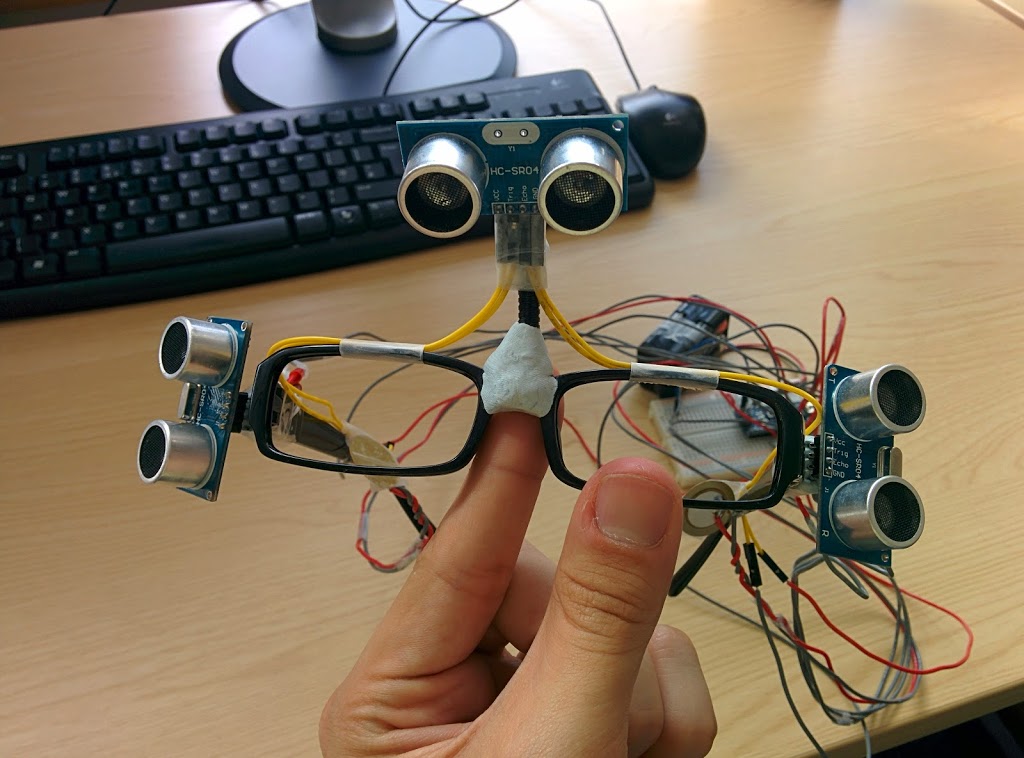 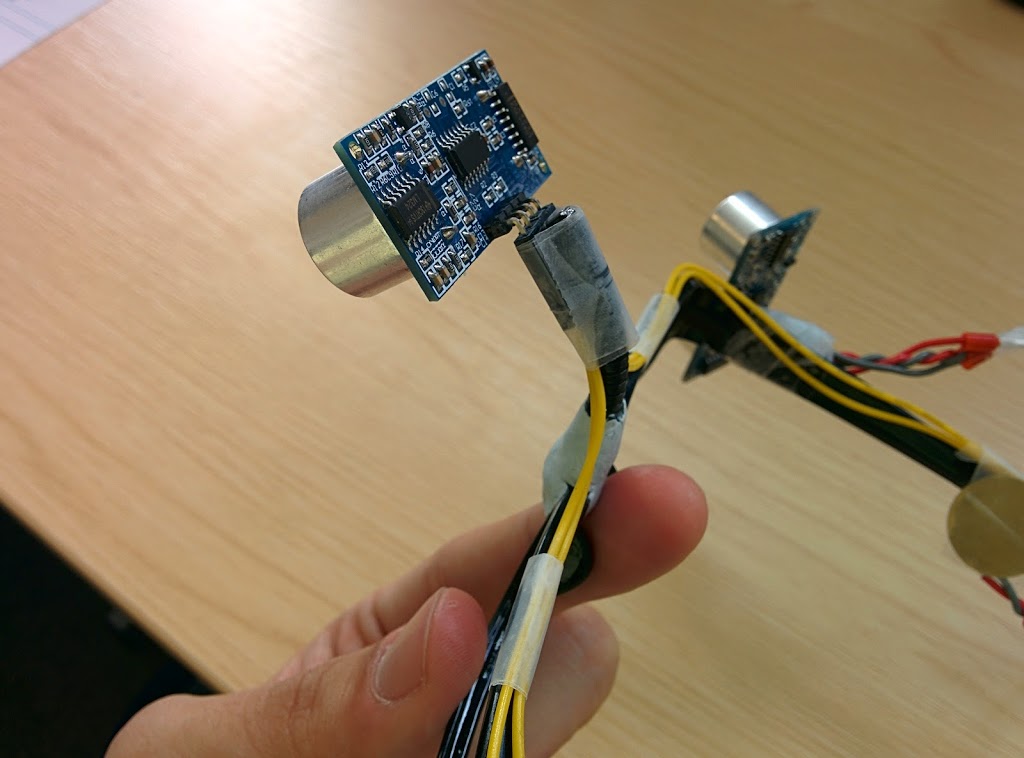 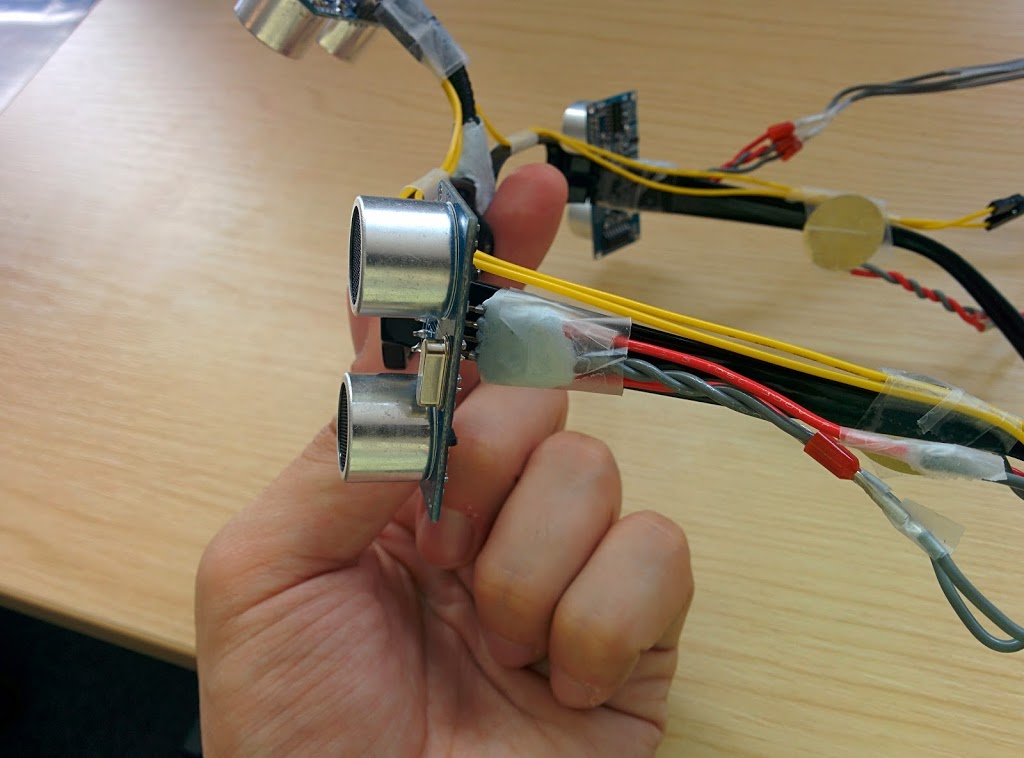 Nice, right? Me and my friend Valerio tested them out today.

Our testing procedure consisted of the following steps:

The Bat Navigator actually works much better than I expected, I was able to navigate the building, even if at a really slow pace. I got the hang of it almost immediately, recognizing walls and their orientation, corridors, and tables. I’m pretty confident that if I keep working on it, it could actually become a feasible way to navigate indoor environments without using eyesight.

It will be a while before I update the blog again, as the next steps will either involve adding another couple of sensors to the side and figure out a way to convey that information without producing information overload for the user, or building a second prototype where everything is mounted on the glasses (so something that can actually be used normally). Both of the options require a good amount of work, and I won’t have that kind of time in the near future.
Maybe I will continue working on this from the second half of August, but, until then, I’ll have to focus on my central projects.

In the mean time, I want to thank Ricardo for giving me precious advice on how to go about building this prototype, and Valerio for his many tips, ideas and help in testing the Bat Navigator.

Bye bye now, I’ll keep you posted! (In a while)