In the last post I showed the circuit diagram for the vibration motor, and most importantly I tried to actually spell out how and why the circuit is the way it is. Here I will be doing some good ol’ fashioned science, and test if the circuit works as I theorized in the last post. I need to do this because I’m not entirely sure that I’ve got everything right about the circuit. 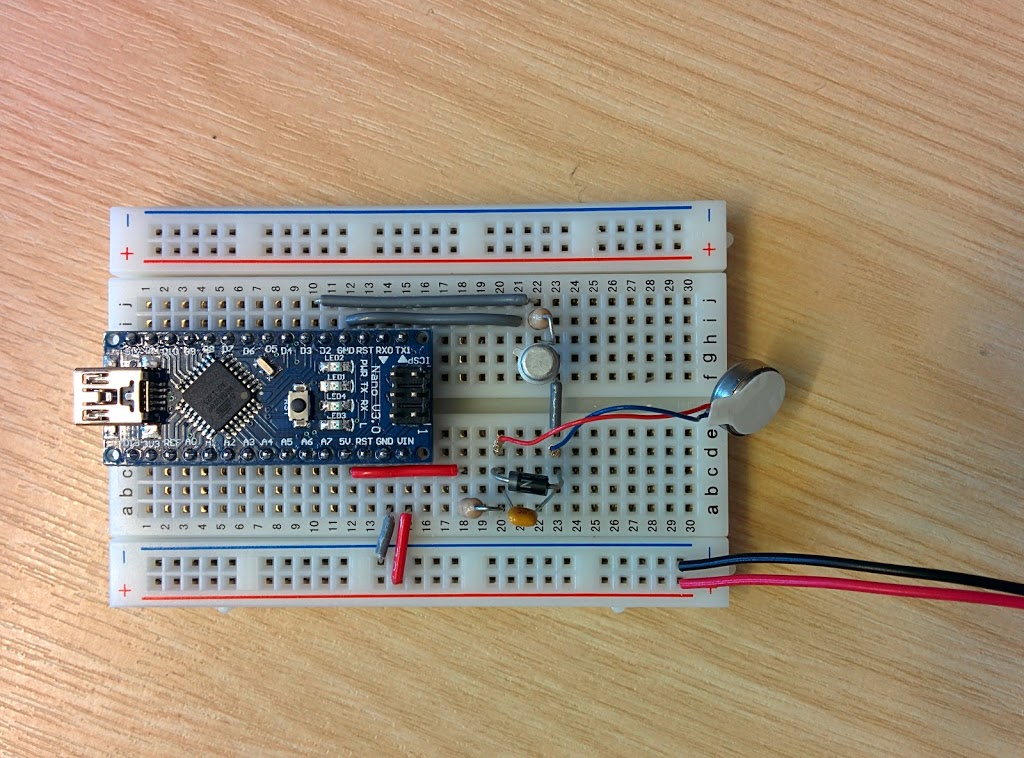 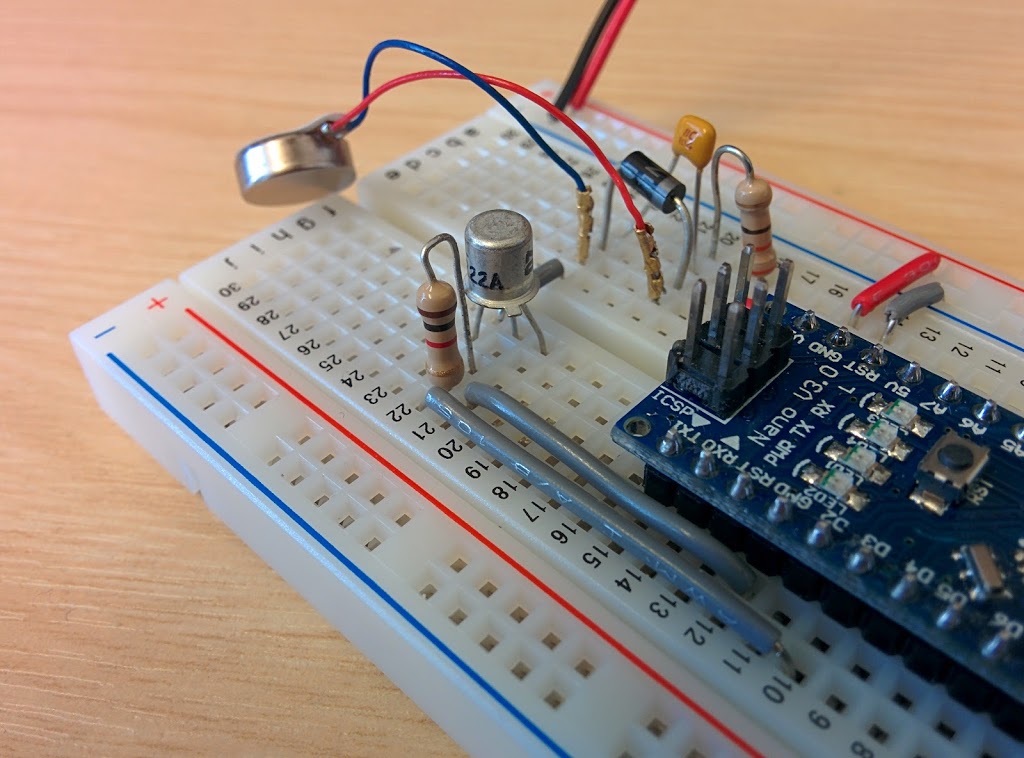 Details.
EDIT: there’s a mistake in this circuit, see here

For example, more than one friend expressed doubts on my statement that the transistor can’t draw more current than that’s available from the 5V paired with the resistances. The resistances would be the 33Ohm resistance + the resistance opposed by the motor.

The code driving the Arduino while I do the measurements is very simple: First, let's measure the voltage drops across the key nodes in the circuit. I want information on:
So, I am going to measure voltage across the 33Ohm resistor, the motor, and the transistor (and the whole circuit for reference).
Voltage drop in volts, USB powered Arduino
It seems like the Arduino doesn't deliver the full 5V when attached to my laptop USB port. I was curious to see if that was because of the USB power or that was just the voltage that the Arduino could deliver independently from the power source. For this reason, I repeated the measurements powering the Arduino with a battery.
Voltage drop in volts, Arduino powered by four 1.5V batteries
So it seems like that when my Arduino is powered via USB, it doesn't deliver the full 5V from the 5V pin. It gets very close when it is powered by four 1.5V batteries.
Now, I want to know how much current is flowing through the circuit when I change the PWM duty cycle. This way I can test my hypotheses that:
Here the results.
Current in milliampere (same for USB powered and battery).

Discussion of the measurements

Another surprise from the measurements is that I didn’t think about the resistance in the transistor when calculating the voltage drops in the circuit in the last post. What I discovered is that the transistor acts like a variable resistor.

Now for my hypotheses in the last post. Let’s repeat them for clarity. In the next post, I’ll plug the ultrasonic sensor in and I’ll experiment a bit with it, showing you some code in the meantime.
I’ll keep you posted!